Formula One is the premier form of motorsport. It is a circus that moves around the world for 9 months of the year, going all around the world, showcasing the absolute expression of speed in a car and the best drivers in the world. And yet, I’m not much of a fan of Formula One. It’s too technical for me, it’s too stuck in the details, too much of a procession. There’s no real racing to my mind. Everything is too antiseptic, I guess is the word.  I respect the technology and I respect the drivers in the same way I respect top level rugby players, but I don’t like rugby, not at all.

For me, the best form of motorsport is the British Touring Car Championship. The BTCC is more competitive, has proper racing in it, fantastic drivers and a championship that more often than not goes down to the final weekend. Every BTCC race day I’ve

been to has been huge fun, I’ve been there from when the track opened to when the last race of the day had finished. All the support series were huge fun to watch as well. In F1, there is one race that lasts for two hours. At a BTCC meeting, there’s three BTCC races and about four race series in between, so there’s always a race going on. From 9 or 10 in the morning till 5 or 6 in the afternoon, there are races, around some of Britain’s great racetracks. Yes, Thruxton isn’t as glamorous as Monaco or Imola or Monza, but there will be more for you to see for the whole day with proper wheel to wheel, bumper to bumper racing, where your finishing position is determined by how many cars you overtook, not by when you decided to go into the pits.

If you’ve never seen a BTCC race, check out ITV 4 who will be covering the whole season starting at Brands Hatch on the 7th and 8th April. You won’t regret it. 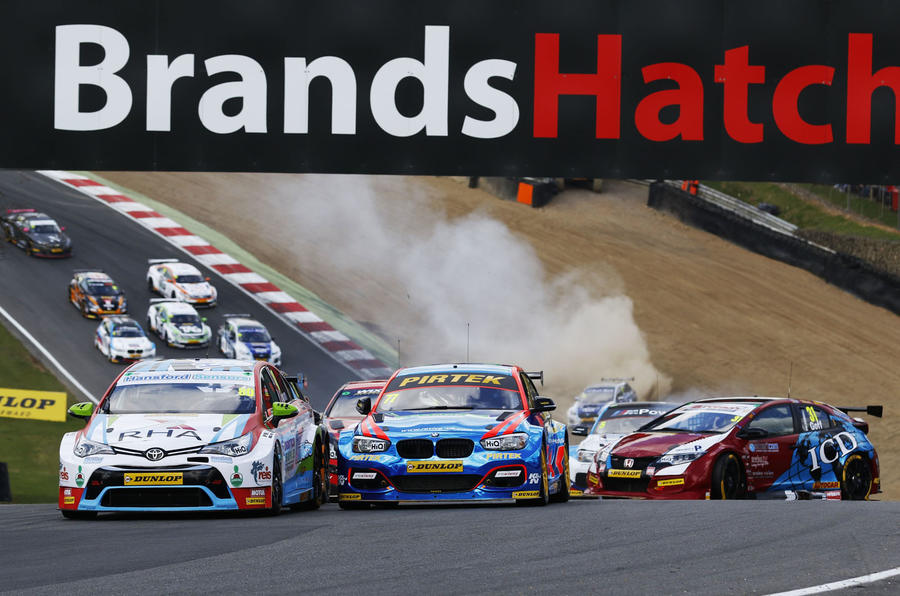