I recently came to the conclusion that I will likely never buy a brand-new modern football shirt ever again. I say likely, because I was given Chelsea F.A. Cup anniversary kit as a birthday gift this year. And that kit is amazing. It was only worn once against Nottingham Forest in the F.A. Cup, appropriately enough. It’s a throwback to the kit Chelsea wore in the 1970 F.A. Cup final replay against Leeds United. For F.A. Cup finals, home and away status is decided on a coin toss, and Chelsea won the toss for the final at Wembley. They decided they would wear their home strip of blue shirt, blue shorts and white socks. This forced Leeds, who play in all white, to wear red change socks instead.

That game finished in a draw and as penalty shoot-outs weren’t an agreed method of finishing knockout games, there was a replay. Leeds wore their all white strip, and so Chelsea had to change their kit. They wanted to wear their blue shirts but to avoid any clashes, went with yellow trim and socks rather than the usual white. The anniversary kit is a modern recreation of that kit, including the lack of player names on the back of the shirt. Instead it was simply the player’s squad number. The club’s shirt sponsors were on the shirt, but were ‘blued’ out to maintain the retro vibe of the shirt. And it was fantastic. It looked great when the players were wearing it during the game, it looks good when you’re going out to do the shopping. It’s not cluttered up, like many modern football shirts are. 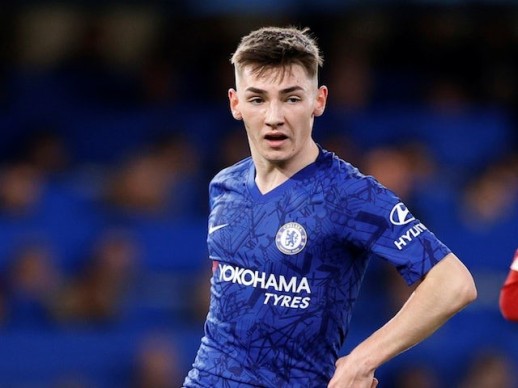 This shirt’s far too cluttered

This shirt is just right!

This season’s Chelsea home shirt is my least favourite ever. There is simply too much going on on the shirt itself. The designs were taken from the look of the structural elements of Stamford Bridge, which is a nice theme. Unfortunately, I just don’t think it works at all. It looks like an eight-year-old has been let loose with a late 80s/early 90s art computer program. I’m also really not sure about the bits of orange trim dotted around the place. Blue and orange doesn’t seem to me to be a good combination. Luckily, shirts only last a season before being replaced these days, so it won’t be around for too much longer. The two other shirts (the man who came up with the idea to have three new shirts every season must be rolling in it after his promotion) are much better. They have less going on and have a cleaner look to them. The third shirt is a throwback to the wackier 90s kits but it pulls it off pretty well, even if I’m not a massive fan of the black and orange colour scheme.

The biggest problem I have with modern kits is that the sponsors are now extremely big on the shirt and are also everywhere. There are sponsors on the sleeve, on the back at the top, at the bottom. Barcelona even had a deal with Hewlett-Packard to sponsor the inside of the shirt. That’s ridiculous. I know sponsorship is a part of any modern sport and clubs have multiple commercial partners across different regions of the world. That is part and parcel of the modern game. I just feel that something has been lost for the football fan being able to wear their colours without also acting as a mobile advertising board. I just want something that shows that I am a Chelsea fan without having 5000 other brands strewn across my body. You can see that on motor racing flameproof suits. They are absolutely covered in sponsors, even their caps have sponsors on them. It’s just daft.

The retro shirts on offer at place like ScoreDraw are perfect for those fans of a certain age who want to wear the shirts the players were wearing when they first started to support the club. It also is a chance for fans to wear shirts that they may not have been around to see and buy at the time, but really like. I’ve bought two Chelsea shirts from them, both from eras well before I was born. One’s a 1978 home shirt, the other an away shirt from 1962. They are essentially t-shirts with a Chelsea badge sown on, but I would rather have them over anything the modern designers at the kit manufacturers come up with. Because even when they pay homage to classic kit designs, they are then forced to splatter untold numbers of sponsors on them, and that spoils the look. 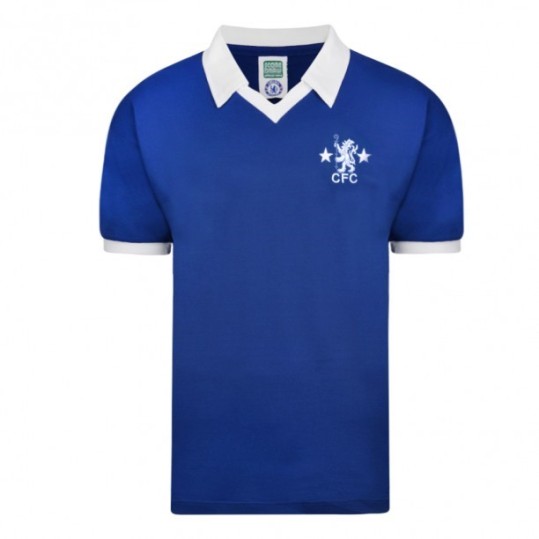 Football shirts that don’t make you look like an advertising board!

Now some may argue that this is a sports kit, who cares what it looks like as long as it gives all the benefit of scientific advancement to the actual athletes who will work and sweat in it, trying to achieve sporting greatness, unlike the tubby supporter in the stands (when we’re allowed back) with his pint whose stomach is at least three inches ahead of his feet. But with the fact that football is so commercial these days. That extends to the shirts. Shirt sales can be a great source of revenue for clubs. Real Madrid famously sold millions of shirts in Japan and South Korea when David Beckham joined from Manchester United. Get a kit right and you can have a real money spinner on your hands. Chelsea sold out of the F.A. Cup anniversary kit before you could click your fingers and say ‘marketing exercise’. Maybe, the shirt designers need to take a serious look at the past and take some lessons. Sponsors may help pay the clubs’ bills, but they just don’t make for appealing items of clothing on the whole.